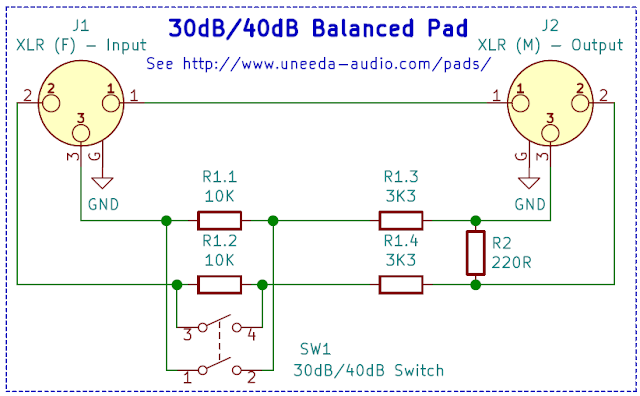 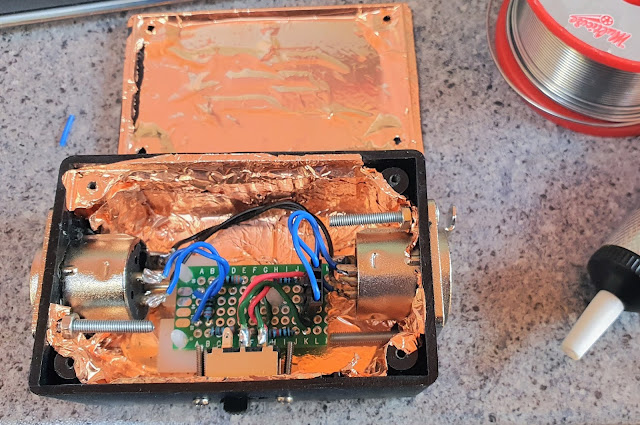 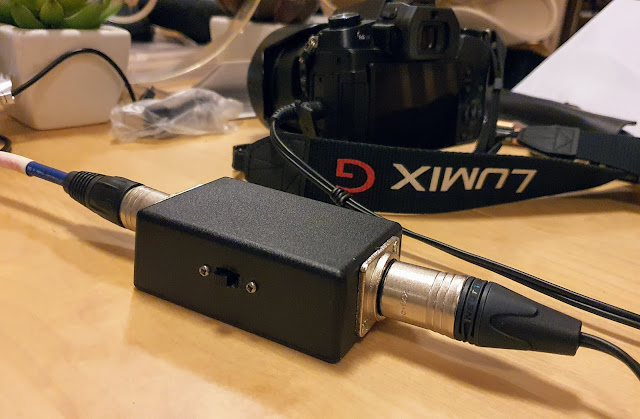 I could (possibly should?) have used a slightly lower resistor value than 10K to land a little closer to -40dB.  7.5K would have done it, but it had already been a long night.  a 30K resistor in parallel with each of the 10Ks would do the trick.
Posted by Eamonn McGonigle at 13:31